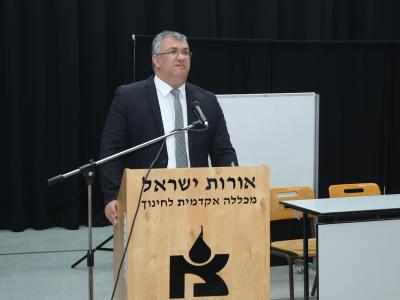 Professor Sinai is a Law Professor who is widely recognized for his expertise in Jewish Law and Civil Procedure. Before studying at Bar Ilan University, Professor Sinai spent several years learning at Yeshivat Birkat Moshe in Maaleh Adumim. Prof. Sinai has served as a Professor of Law at Bar Ilan University and a visiting professor at the Hebrew University in Israel, as well as at a number of North American universities including Yale University in New Haven and McGill University in Montreal. Prior to his recent appointment as president of Orot Israel College he served as an Associate Professor of Jewish Law, and the Director of the Center of the Application of Jewish Law (ISMA) at the School of Law at Netanya Academic College. Prof. Sinai has published three books, among them Maimonides and Contemporary Tort Theories (Cambridge University Press, 2017).