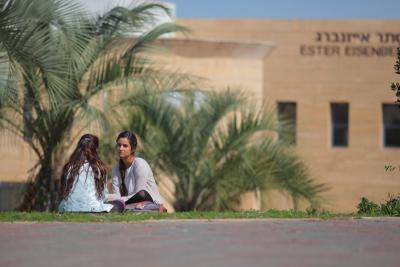 The Changing Landscape of Higher Education in Israel: An Opportunity for Growth

Israel’s Ministry of Education has instituted a series of reforms in the public educational college system aimed at encouraging religious and secular colleges throughout the country to merge, with the goal of creating a small number of stronger institutions.
Viewing this process as an opportunity for growth and expansion, in September 2008 Orot merged with Moreshet Yaakov College in Rechovot (men’s college), doubling its student body and making it the largest Religious Zionist Teachers College in Israel.

The first pillar is a community of educators. The great challenge that stands before us is to create a community that is not simply a collection of individuals who negate themselves, but instead a diverse community which fosters the uniqueness of each and every individual as a part of Am Yisrael in this unique generation. Our challenge is to place education at the forefront, with an emphasis on excellence not just in the academic sense, but also in the sense of the power of education and its ability to effect change: in each student, in society, and in the State of Israel.
The second pillar is the community of Orot students and learners, in that they are a part of both a Torah and an academic community. The community must form around a crystallized, living Torah of life which is both complex and deep, and which is connected to all aspects of life. This Torah must be connected to the Torah of Rav Kook, Rambam, Rabbi S.R. Hirsch - who delved to seek the benefits of the academy of worldly knowledge supported by a backbone of Torah ideals and values. From here - from the study halls of the Elkana and Rechovot campuses, in which thousands of students from across Israel gather - the message of a true synthesis between the world of yeshivot and the world of academia will go forth. Only a teacher who consistently learns on his own can encourage his student to learn as well.

The third pillar is the community of Orot graduates, who continue to represent a learning community. The challenge is to instill the notion that education is not just teaching, but the development of the will "to understand and intuit, to hear, to learn, to teach, to guard and to do..."

At Orot Israel College, we strive to transform this vision into reality, as we combine academic, Torah and educational excellence an exceptionally high level.

We believe in the power and ability of our graduates, and have faith in the assistance from Heaven that will accompany them so that they rise up to meet the great educational challenges of the coming generation; a generation of growth, leadership and communal responsibility. 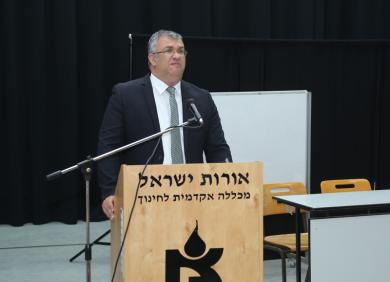