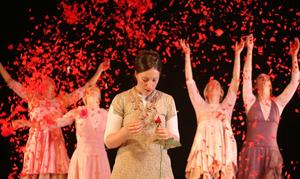 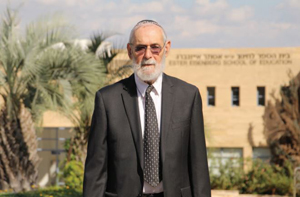 Orot Israel College was not Rav Yehuda Felix’s first foray into ground-breaking Jewish education. In 1974 he founded Ulpanat Orot and Yeshivat Or Chaim in Toronto, Canada, schools whose graduates are now movers and shakers in their communities in Toronto, New York, Israel and elsewhere.

In honor of the fortieth anniversary of Orot's founding, and in recognition of Rav Felix’s monumental achievements and in honor of his 80th birthday, Orot Israel College established a scholarship fund that will provide tuition and for married students at Orot. In addition, we have launched a campaign to build a building for married student housing in his honor.

Education Minister Naftali Bennett (Jewish Home) announced that one of the two winners of the 2017 prize for dance would be the religious young women's Noga Dance Troupe founded at Orot Israel Academic College for Education's in Elkana. The establishment of a Department of Dance at the women's campus of Orot College was a pioneering and totally new phenomenon in Israel's religious Zionist world and the subsequent founding of the acclaimed troupe served as another first.

Bennett congratulated the winners on their ongoing contributions to Jewish culture: "The awardees," he said, "proved that a life of artistic expression can be a kind of outreach, a mission, a bridge that connects different worlds and makes the beauty of Jewish creativity accessible to the Israeli public. Those awarded the prize for dance provide a unique panorama of Jewish values in their performances, and well deserve this special recognition."
Click here to read more


In Those Days and In Our Time
by Rabbi Reuven Spolter 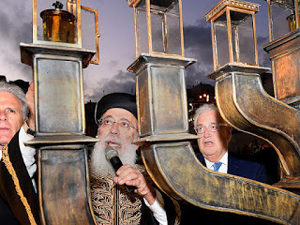 In his Kol Dodi Dofek, the Rav reminds us that sometimes political events, especially related to the Jewish people, represent something greater than simply the decisions of individuals. They reflect the guidance of the Divine, bringing blessing to the Jewish people and to the world

This past month we experienced just such an event. For the first time since the fall of Jerusalem and the destruction of the Second Temple, the individual who represents the most powerful nation on earth (the President of the United States) officially recognized Yerushalayim as the capital of the Jewish State, the homeland of the Jewish people.
Read more here 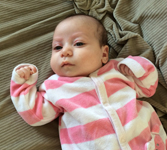 Rachel (Goldstein) Berko (5764) upon the birth of her daughter. (pictured here)

Cheryl (Lelonek) Jacob (5765) upon the birth of her son. (also pictured here)

Watch us on YouTube! Excellence at Orot
Orot recently developed a this short video describing some of the exciting new developments at the college. Enjoy the video, and share with friends!