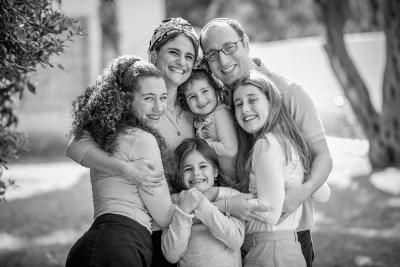 Reflection on my year at Orot

Orot for me was a defining moment in my life. The choice to go to somewhere alone without my close friends and away from the central Jerusalem 'scene' was in and of itself a formative one. But the experience of Orot, at the time, and most astutely with hindsight, occasioned the backbone of many decisions that still inform my life choices and path today. Orot opened my eyes to the breadth, depth and beauty of our tradition and most especially for me -Tanach. Learning with teachers, the like of whom I had never before been privileged enough to be exposed to and engaging with texts in a way I had never before encountered was both elevating and humbling. It was without doubt those encounters both with the teachers and the texts that led me to where I am today- a lecturer of Tanach and Jewish thought at Matan and other institutions and pursuing doctoral studies in Jewish thought. But as well as the formal component of the studies, there was also the informal elements that infused me with a deep sense of connection and affinity with the land of Israel, its people and its history. Though I would have termed myself 'Zionist' before coming to Israel on my year off, I don't think I could ever have envisioned  myself living here until I spent the year in Orot. Engaging daily with 'real' Israeli's as we lived with the 'Tal Orot' girls, having to travel up and down the country (since we were not based in Jerusalem) as well as the sentiments of a deep proclivity to the land and its sacredness from our teachers, solidified my future commitment to make aliya, which is precisely what I did 7 years later after marrying my husband Ian and gaining my bachelors and masters degrees. The final thing Orot gave me, which I think only now, 21 years later I realise, is the ability for quiet introspection. I remember the hours I sat sitting on the grass, looking out across the beautiful scenery whilst soaking in the silence of Elkana and its surroundings.  I believe that nestled away from the humdrum of urban life, Orot gave me the ability for, in the words of the iconic A. J. Heschel, radical amazement - to connect ones deeper existential self, the magic and divinity of nature and the spark of transcendence within and without. It may also have been instrumental in our decision to buy land and build our home in a moshav. For all these things I will be eternally grateful to the Bat Zion Program at Orot, and to Nomi Spanglet, who acted as both as a mentor and adopted mother even 21 years on, and to all the staff and teachers.