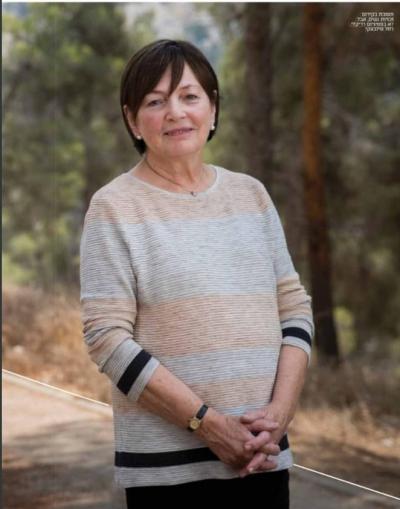 Rochel Sylvetsky, long-time Orot Board of Governors and Amuta Committee member, has made her mark in Israeli education and communications. Orot Israel College is proud to extend its congratulations to Rochel Sylvetsky on being chosen as the Israeli recipient of this year's Outstanding Educator Award for her many accomplishments to further religious education.

Rochel and her late husband Dov, founding dean of the Emunah College of Arts and Technology in Jerusalem, met on the way to Israel to study at Machon Gold in 1962 and came on aliyah from the USA in 1971.

Over the years, in addition to being active in Orot and holding teaching and administrative positions in the Israeli school system, Rochel served on the Education Ministry's Council for Religious Education, as Academic Coordinator of Touro College Jerusalem's M.A. program in Jewish Education, Chairperson of Emunah Israel and CEO of the Kfar Hassidim Youth Village for teens at-risk where she hired the first Ethiopian immigrant school rabbi and founded the first yeshiva high school to be located in a youth village. These are just two examples of the educational innovation that characterizes her career.

Upon retiring from the Youth Village, she became Managing Editor of Arutz Sheva's English website and is now its Op-ed and Judaism Editor. Her op-eds are widely read in Israel's religious Zionist community and she is a member of the amuta of Torah Mitzion and on the board of directors of the Knesset Channel.

The award ceremony took place at several venues simultaneously due to the corona pandemic and was broadcast on Zoom to over 200 participants.

The award committee wrote that Mrs. Sylvetsky was chosen "for her dedication to the Jewish people, her wholehearted activities to further the Gathering of the Exiles through immigrant education and absorption, for granting immigrant young people a feeling of family in youth village environments. As Chairperson of Emunah Israel, she worked to advance Torah study for women and to strengthen the values of the Jewish Family and its welfare. As an educator, she was a source of inspiration due to her vision, innovations, clearly defined goals and objectives, and her steadfast striving for excellence in achieving them." 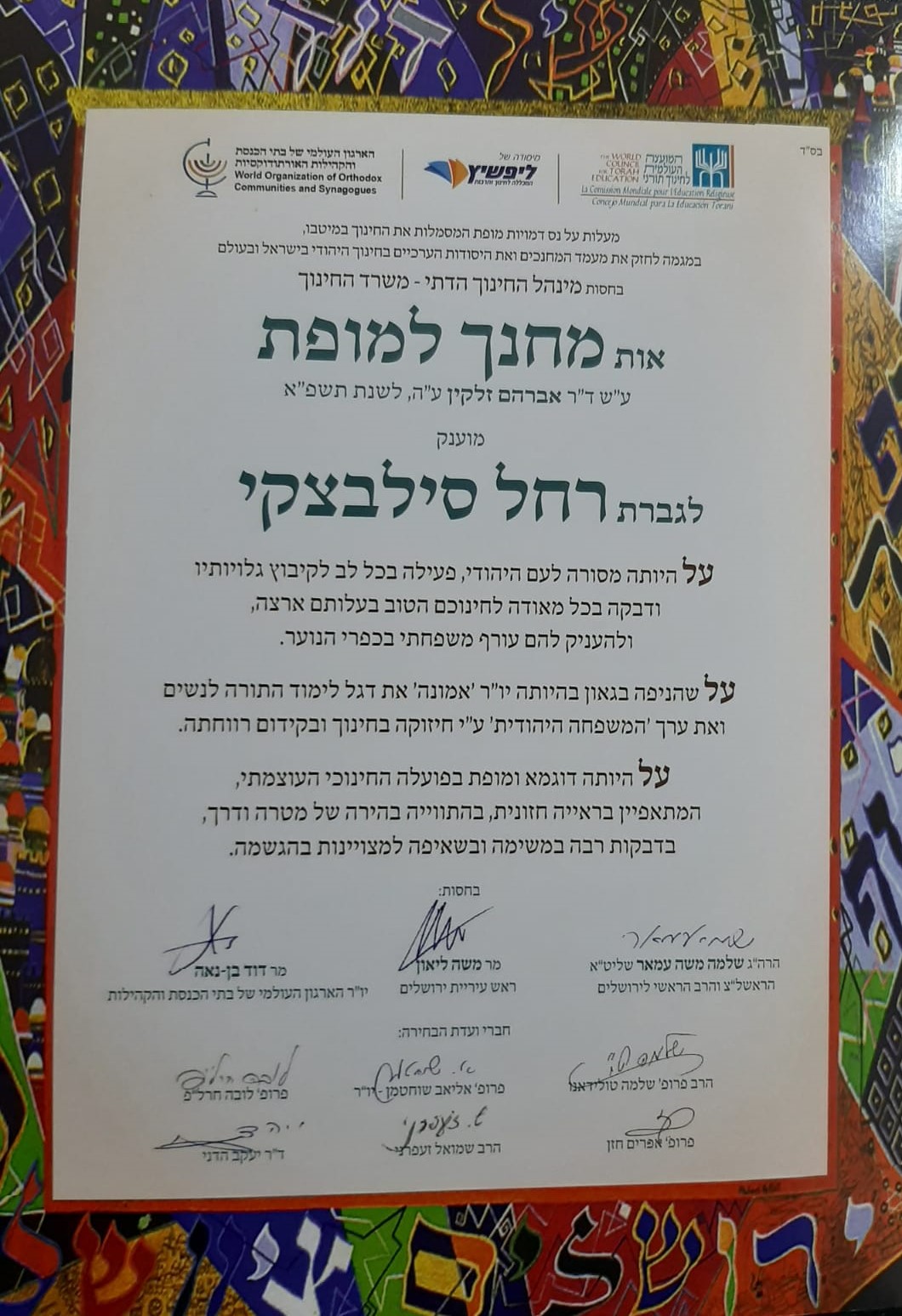