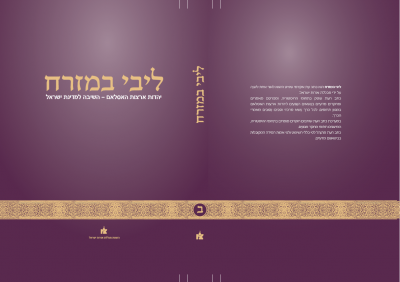 Orot Israel College is proud to announce the publication of the second volume of the "Libi BaMizrach" Annual Scientific Conference.

The topic is "Jewry in Islamic Lands-Return to the State of Israel."

Topics of discussion included: Jewry from Moslem countries on the eve of the Israeli War of Independence, Zionism in Morocco from personal and literary perspectives, the absorption of new immigrants from Morocco, the Jews of Uzbekistan during the Soviet era and their Aliyah to Israel, mass Aliyah from Yemen, and more.

Noted historians and Middle Eastern Jewry researchers examined the immense contribution of Olim from Islamic countries since the establishment of Israel, in various areas that included, religion, emunah, Torah and culture.  From a Zionist perspective, many settlements were established by these new immigrants and played an important part in the development and survival of the newly declared State of Israel.

To read the abstracts of the following articles please click on the article.

If you would like to read about the first edition of Libi BaMizrach that discusses the topic of "Rabbinic Leadership in the Islamic Countries in the Nineteenth and Twentieth Centuries" please click here.