The Vision of Rabbi Yehuda Felix 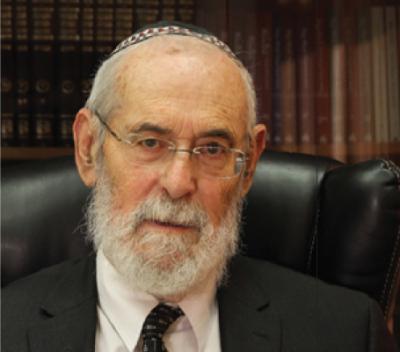 Born before the establishment of the State of Israel and raised in Jerusalem, Rabbi Dr. Yehuda Felix studied for over a decade at the famous Mercaz HaRav Yeshiva in Jerusalem under the tutelage of Rabbi Zvi Yehuda Kook zt”l. He received his rabbinical ordination from Rabbi Avraham Shapira (of blessed memory), former Chief Rabbi of Israel, Rabbi Bezalel Zolty (of blessed memory) and Rabbi Simcha Kook, and a Doctorate from Bar Ilan University.
At the urging of Rav Kook, he opened a Kollel and Torani Seed Community in Even Shmuel, and traveled to neighboring immigrant communities to teach Torah.
In 1971, Rabbi Felix departed to serve as the Bnei Akiva emissary and Judaic Studies teacher at the Associated Hebrew Schools in Toronto. During his tenure in Toronto, he recognized the need for a Religious Zionist schools within the community for both boys and girls. In 1974, he founded Yeshivat Or Chaim for the boys and Ulpanat Orot for girls, which have served as cornerstones of the Toronto Jewish community to this day.