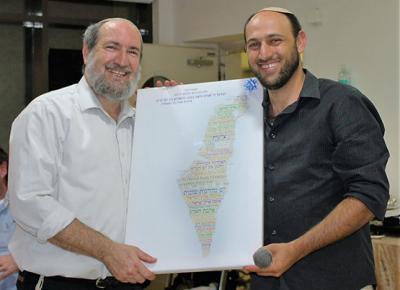 A few weeks ago, I received a WhatsApp from an unknown phone number. I was very busy and didn't look at the message, I had planned to during the day, but I forgot to.

A few days later Tzvia Shvat, Rav Ari's wife called to invite me to a surprise birthday party to be held in honor of Rav Shvat's 60th birthday. Tzvia explained that she wasn't making a big affair, just family and close friends, but she wanted to invite a few close Orot friends; Rav Weiss and his wife as well as Tzvika and myself. Rav Weiss not only taught with Rav Ari at Orot but they were old time school friends. It was clear to me that we would join the Shvat family to celebrate this special event.

Rav Shvat is well known for his teachings of Torat HaRav Kook based on Torat Yisrael, Eretz Yisrael and Am Yisrael. These three important aspects of Rav Kook's teachings are also the basis of the Orot Israel College's ideology. Together with his guitar and his Torah wisdom, Rav Shvat has had an amazing influence on thousands of young women at many of the existing one-year programs.

Rav Shvat's dedication to his students and to Torah learning is something that cannot adequately be put into words. Many a time, after giving a shiur at night in the Beit Midrash, Rav Shvat would suddenly realize that it is very late and call me to ask if he could sleep over at our house because he was too tired to drive home (driving to Kochav HaShachar especially during the various "intifadas" was not a pleasant drive). Rav Shvat would see himself in and leave early in the morning for davening and then head back to teach at Orot.

Bogrot, please note that the gift that Rav Shvat's children presented to him in honor of his 60th birthday is of course ,a map of Eretz Yisrael. But unlike other maps this map is made up of important sayings that Rav Shvat's students have learnt from him, for example: To cherish Eretz Yisrael, Rav Kook, to celebrate the date you made Aliyah on, the importance of the Hebrew language etc…. I couldn't have thought of a more suitable and meaning gift for Rav Shvat.

On behalf of all the Bat Zion, MTA and Tal Orot students, I want to wish Rav Shvat many more years of health and happiness from his family. May Hashem bless him with the continued ability to teach many more students the importance of Eretz Yisrael, Torat Yisrael and Am Yisrael. 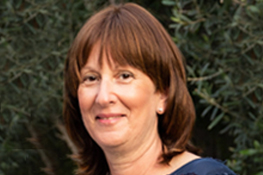